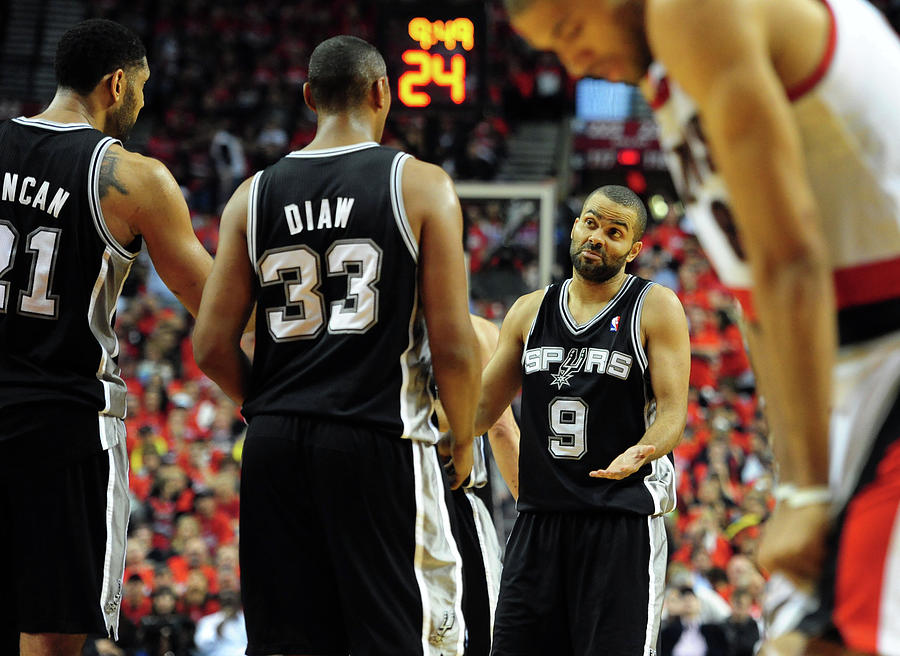 PORTLAND, OR - MAY 10: Tony Parker #9 of the San Antonio Spurs speaks with teammates Tim Duncan #21and Boris Diaw #33 of the San Antonio Spurs in the second half of Game Three of the Western Conference Semifinals during the 2014 NBA Playoffs at the Moda Center on May 10, 2014 in Portland, Oregon. The Spurs won the game 118-103. NOTE TO USER: User expressly acknowledges and agrees that, by downloading and or using this photograph, User is consenting to the terms and conditions of the Getty Images License Agreement. (Photo by Steve Dykes/Getty Images)