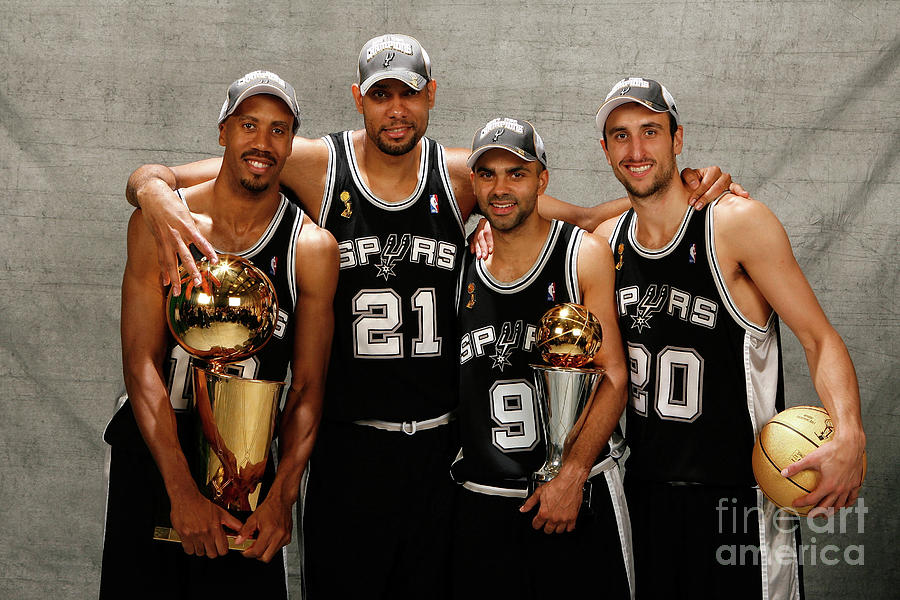 CLEVELAND - JUNE 14: (L-R) Bruce Bowen #12, Tim Duncan #21, Finals MVP Tony Parker #9 and Manu Ginobili #20 of the San Antonio Spurs pose for a photo with the Larry O'Brien Championship trophy after they won the 2007 NBA Championship with their 83-82 win against the Cleveland Cavaliers in Game Four of the NBA Finals at the Quicken Loans Arena on June 14, 2007 in Cleveland, Ohio. NOTE TO USER: User expressly acknowledges and agrees that, by downloading and/or using this Photograph, user is consenting to the terms and conditions of the Getty Images License Agreement. Mandatory Copyright Notice: Copyright 2007 NBAE (Photo by Nathaniel S. Butler/NBAE/Getty Images)