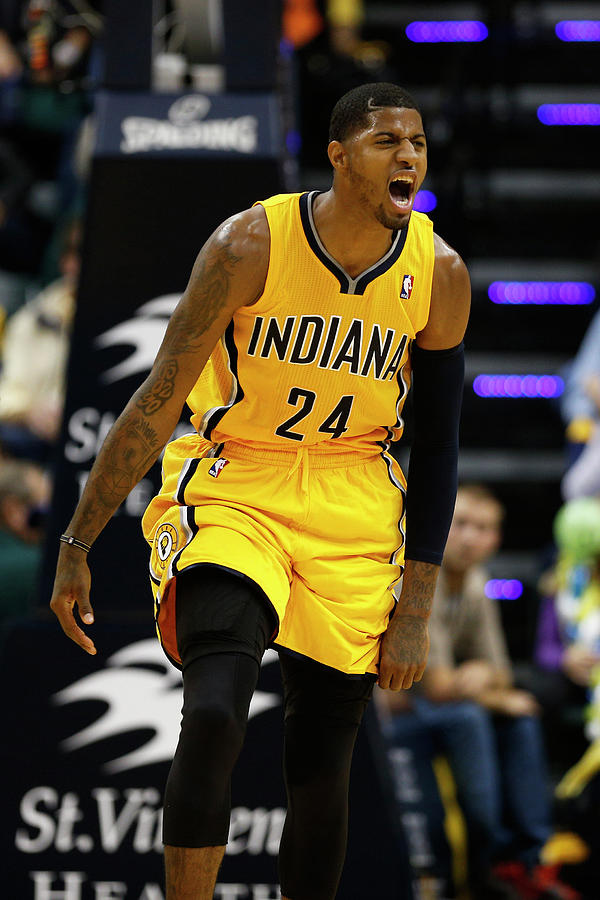 INDIANAPOLIS, IN - OCTOBER 29: Paul George #24 of the Indiana Pacers celebrates against the Orlando Magic during the game at Bankers Life Fieldhouse on October 29, 2013 in Indianapolis, Indiana. The Pacers won 97-87. NOTE TO USER: User expressly acknowledges and agrees that, by downloading and or using this photograph, User is consenting to the terms and conditions of the Getty Images License Agreement. (Photo by Joe Robbins/Getty Images)