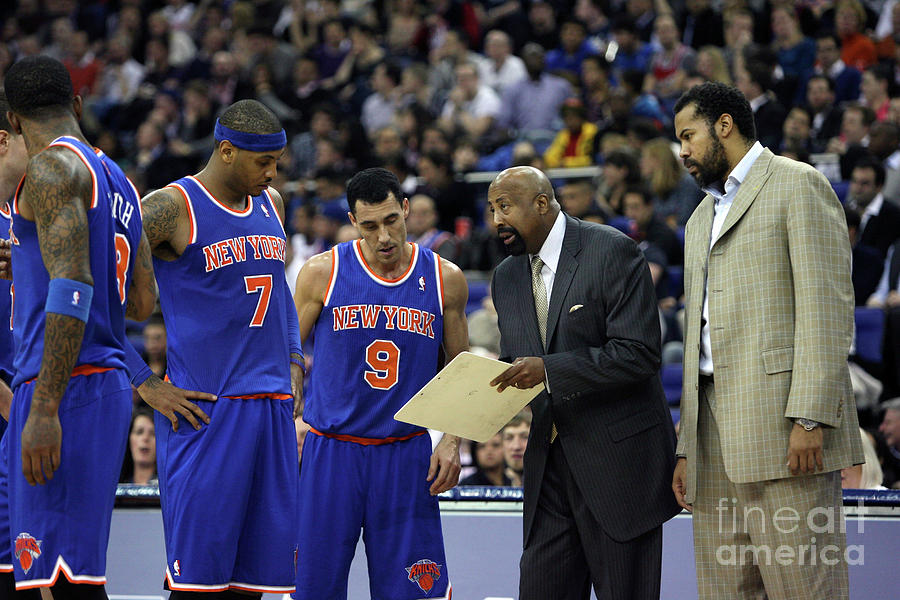 LONDON, ENGLAND - JANUARY 17: Carmelo Anthony #7,
Pablo Prigioni #9 and Rasheed Wallace of the New York Knicks are listening to Mike Woodson Head Coach of the New York Knicks during a game against the Detroit Pistons at the O2 Arena on January 17, 2013 in London, England. NOTE TO USER: User expressly acknowledges and agrees that, by downloading and or using this photograph, User is consenting to the terms and conditions of the Getty Images License Agreement. Mandatory Copyright Notice: Copyright 2013 NBAE (Photo by Catherine Steenkeste/NBAE via Getty Images)