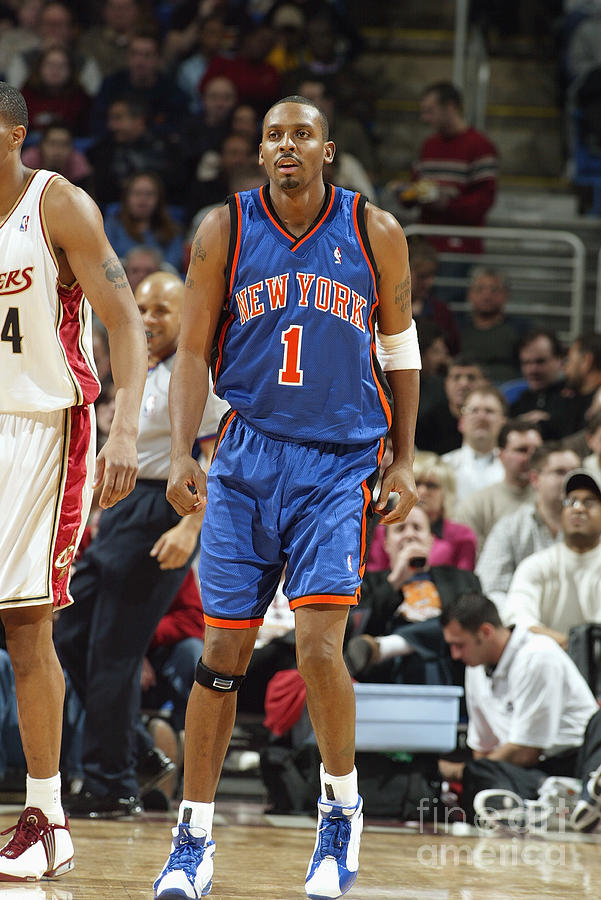 CLEVELAND - JANUARY 6: Anfernee Hardaway #1 of the New York Knicks stands on the court during the game against the Cleveland Cavaliers at Gund Arena on January 6, 2004 in Cleveland, Ohio. The Cavaliers won 107-96 in Hardaway's Knick debut. Hardaway was traded by the Phoenix Suns along with Stephon Marbury and Cezary Trybanski to the New York Knicks in exchange for Antonio McDyess, Howard Eisley, Charlie Ward, Maciej Lampe, the rights to Milos Vujanic, two future first-round draft picks and cash. NOTE TO USER: User expressly acknowledges and agrees that, by downloading and/or using this Photograph, User is consenting to the terms and conditions of the Getty Images License Agreement (Photo by David Liam Kyle/NBAE via Getty Images)