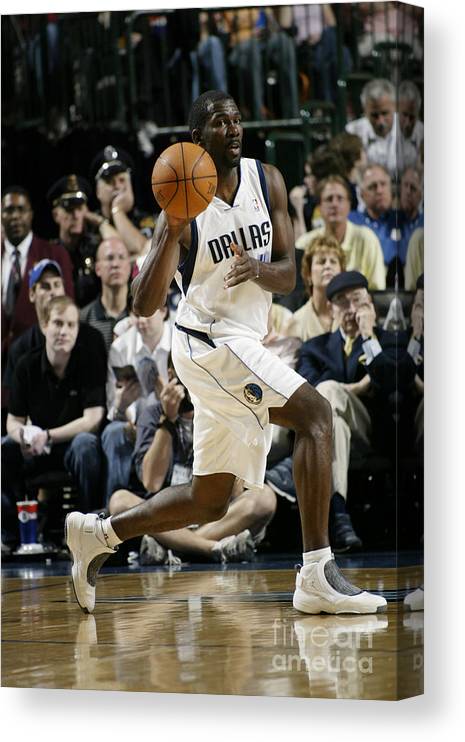 Michael Finley canvas print by Glenn James.   Bring your artwork to life with the texture and depth of a stretched canvas print. Your image gets printed onto one of our premium canvases and then stretched on a wooden frame of 1.5" x 1.5" stretcher bars (gallery wrap) or 5/8" x 5/8" stretcher bars (museum wrap). Your canvas print will be delivered to you "ready to hang" with pre-attached hanging wire, mounting hooks, and nails.

DALLAS - APRIL 3: Michael Finley #4 of the Dallas Mavericks passes the ball during the game against the Phoenix Suns at American Airlines Arena on... more

DALLAS - APRIL 3: Michael Finley #4 of the Dallas Mavericks passes the ball during the game against the Phoenix Suns at American Airlines Arena on April 3, 2004 in Dallas, Texas. The Mavericks won 124-103. NOTE TO USER: User expressly acknowledges and agrees that, by downloading and/or using this Photograph, User is consenting to the terms and conditions of the Getty Images License Agreement (Photo by Glenn James/NBAE via Getty Images)Image provided by Getty Images.