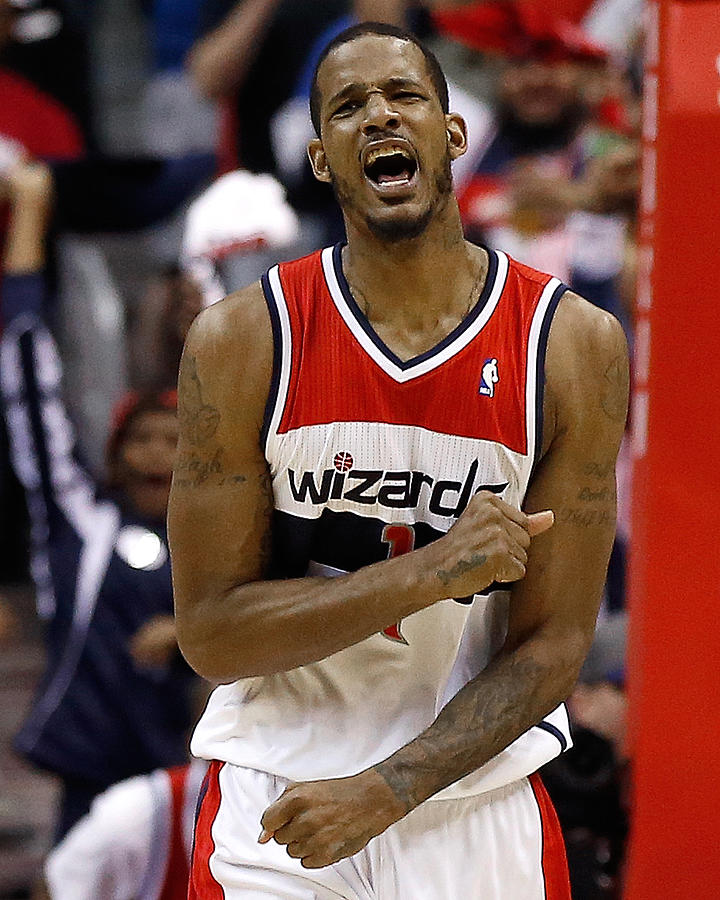 WASHINGTON, DC - APRIL 27: Trevor Ariza #1 of the Washington Wizards celebrates after scoring a key basket late in the fourth quarter against the Chicago Bulls in Game Four of the Eastern Conference Quarterfinals during the 2014 NBA Playoffs at the Verizon Center on April 27, 2014 in Washington, DC. Washington won the game 98-89. NOTE TO USER: User expressly acknowledges and agrees that, by downloading and or using this photograph, User is consenting to the terms and conditions of the Getty Images License Agreement. (Photo by Win McNamee/Getty Images)