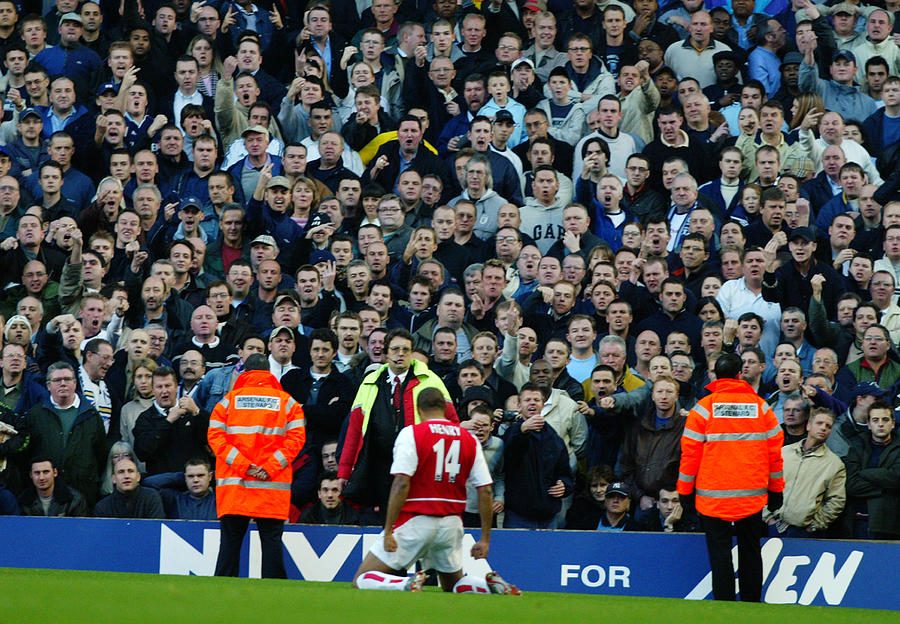 LONDON - NOVEMBER 16: Thierry Henry of Arsenal celebrates his goal in front of the Tottenham Hotspur fans during the FA Barclaycard Premiership match between Arsenal and Tottenham Hotspur on November 16, 2002 played at Highbury in London, England. Arsenal won the match 3-0. (Photo By Ben Radford/Getty Images)