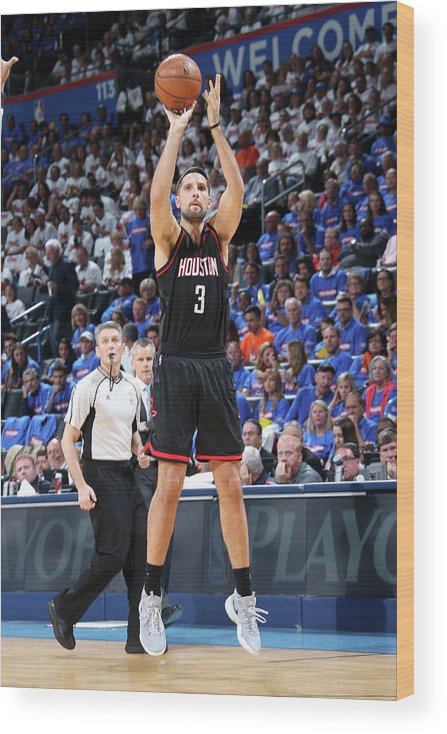 Ryan Anderson wood print by Layne Murdoch.   Bring your artwork to life with the texture and added depth of a wood print. Your image gets printed directly onto a sheet of 3/4" thick maple wood. There are D-clips on the back of the print for mounting it to your wall using mounting hooks and nails (included).

OKLAHOMA CITY, OK- APRIL 21: Ryan Anderson #3 of the Houston Rockets shoots the ball during the game against the Oklahoma City Thunder during the... more

OKLAHOMA CITY, OK- APRIL 21: Ryan Anderson #3 of the Houston Rockets shoots the ball during the game against the Oklahoma City Thunder during the Western Conference Quarter-finals of the 2017 NBA Playoffs on April 21, 2017 at Chesapeake Energy Arena in Oklahoma City, Oklahoma. NOTE TO USER: User expressly acknowledges and agrees that, by downloading and or using this photograph, User is consenting to the terms and conditions of the Getty Images License Agreement. Mandatory Copyright Notice: Copyright 2017 NBAE (Photo by Layne Murdoch/NBAE via Getty Images)Image provided by Getty Images.