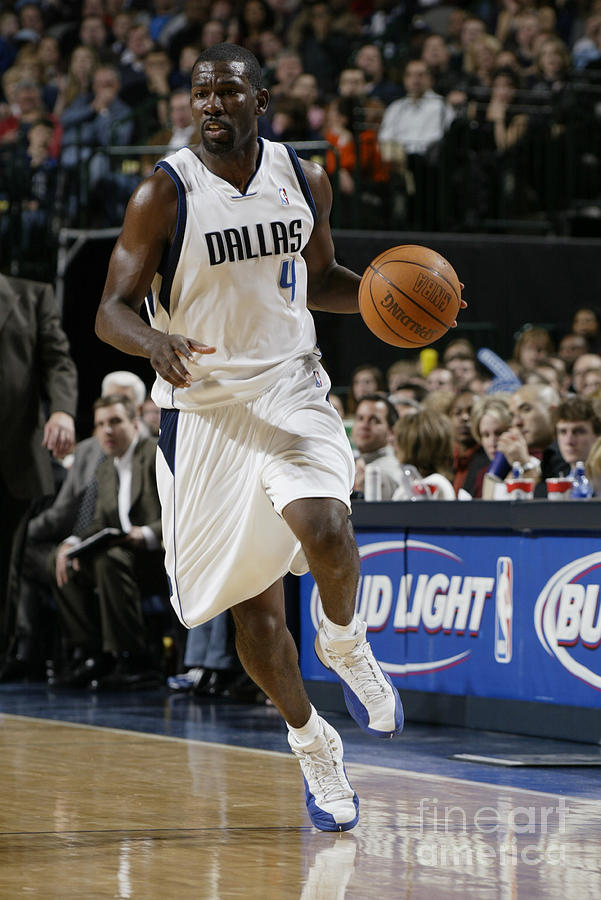 DALLAS - FEBRUARY 28: Michael Finley #4 of the Dallas Mavericks moves the ball during the game against the Portland Trail Blazers at American Airlines Arena on February 28, 2004 in Dallas, Texas. The Mavericks won 111-91. NOTE TO USER: User expressly acknowledges and agrees that, by downloading and/or using this Photograph, User is consenting to the terms and conditions of the Getty Images License Agreement. (Photo by Glenn James/NBAE via Getty Images)