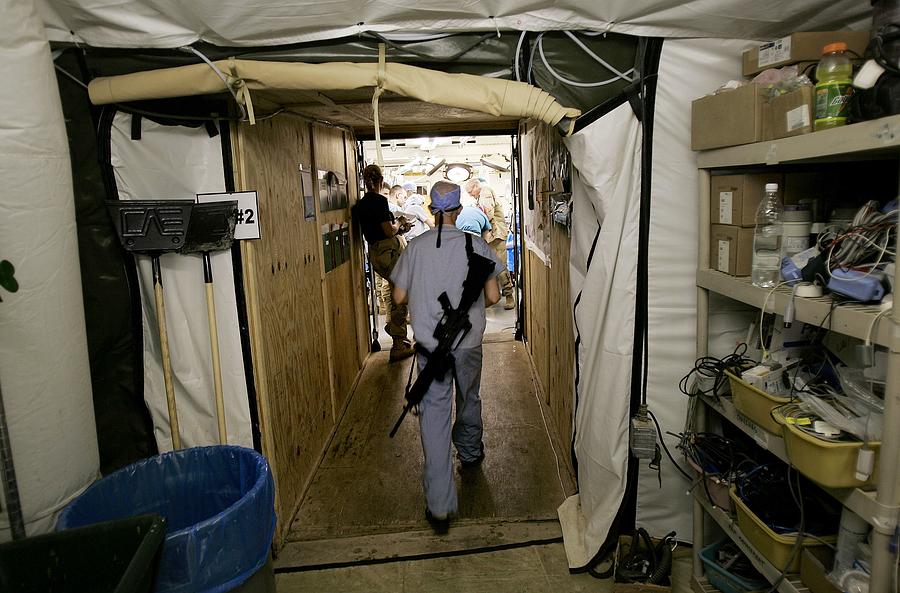 BALAD, IRAQ - MARCH 16: Major Hans Bakken, a U.S. Army neurosurgeon from Decorah, Iowa, enters a surgical ward with his unloaded rifle on his back March 16, 2006 in Balad, Iraq. Balad is one of the primary hospitals for troops and civilians injured in the ongoing conflict in Iraq, which enters its fourth year on March 20. (Photo by Chris Hondros/Getty Images)