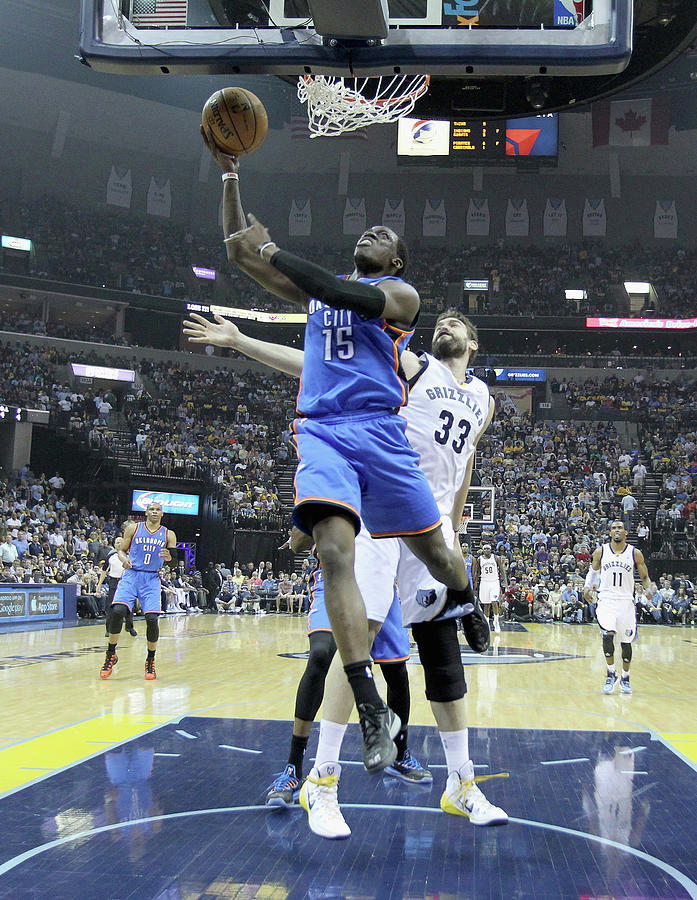 MEMPHIS, TN - APRIL 26: Reggie Jackson #15 of the Oklahoma City Thunder shoots the ball while defended by Marc Gasol #33 of the Memphis Grizzlies in Game 4 of the Western Conference Quarterfinals during the 2014 NBA Playoffs at FedExForum on April 26, 2014 in Memphis, Tennessee. NOTE TO USER: User expressly acknowledges and agrees that, by downloading and or using this photograph, User is consenting to the terms and conditions of the Getty Images License Agreement. (Photo by Andy Lyons/Getty Images)