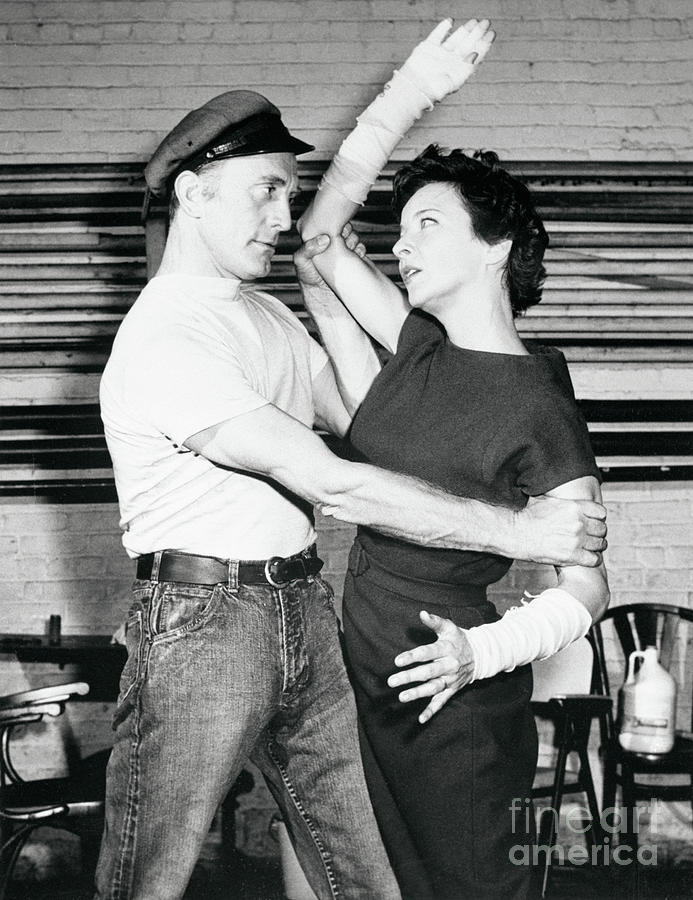 (Original Caption) "The Show Must Go On" is a tradition which actress Joan Tetzel apparently takes seriously. Inflicted with severe second degree burns on her forearms, Miss Tetzel received medical attention and then showed up in her bandages for rehearsal at the Cort Theater. She and co-star, Kirk Douglas, rehearsed a dramatic scene for the then forthcoming Broadway play, One Flew Over The Cuckoo's Nest.