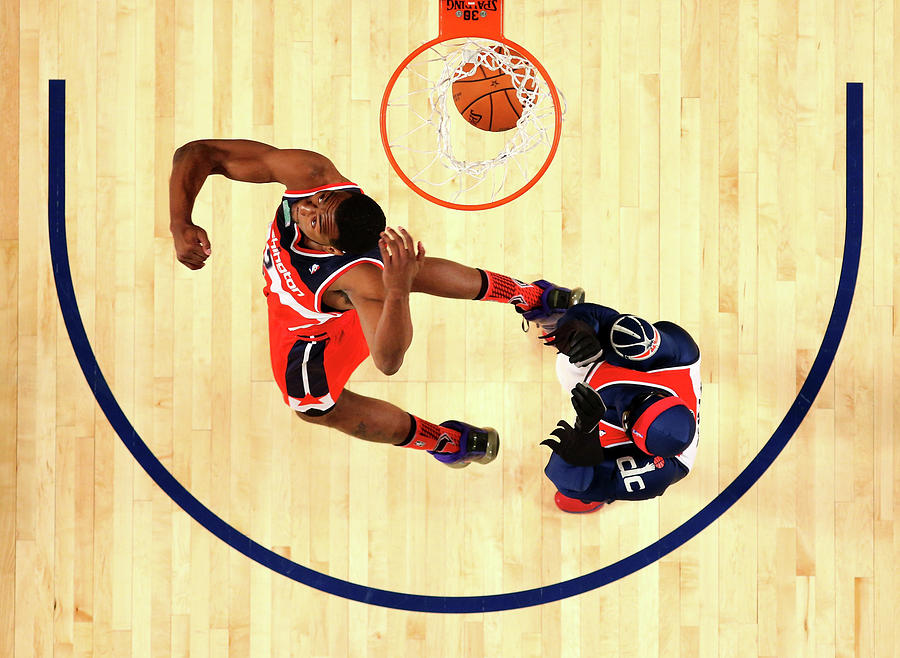 NEW ORLEANS, LA - FEBRUARY 15: Eastern Conference All-Star John Wall #2 of the Washington Wizards competes in the Sprite Slam Dunk Contest 2014 as part of the 2014 NBA All-Star Weekend at the Smoothie King Center on February 15, 2014 in New Orleans, Louisiana. NOTE TO USER: User expressly acknowledges and agrees that, by downloading and or using this photograph, User is consenting to the terms and conditions of the Getty Images License Agreement. (Photo by Ronald Martinez/Getty Images)