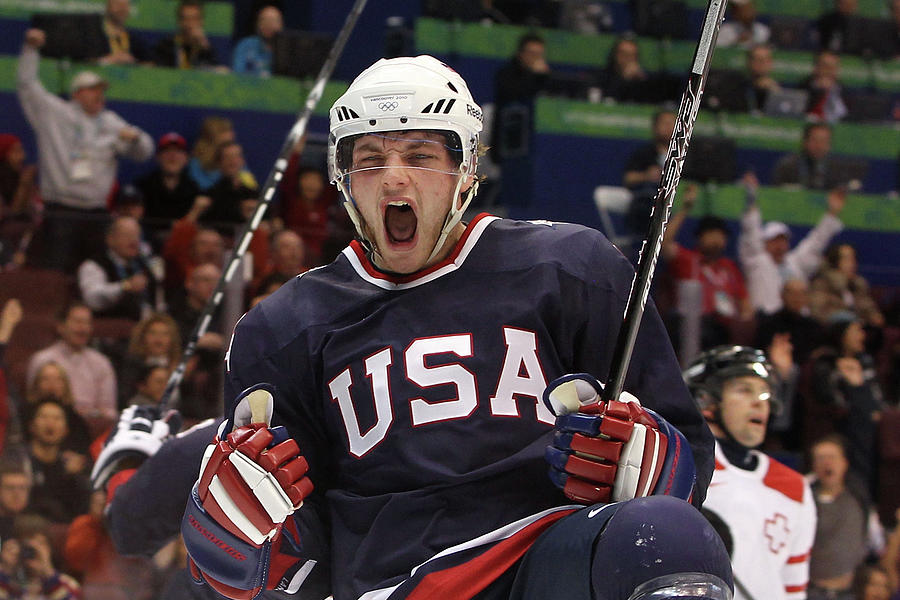 VANCOUVER, BC - FEBRUARY 16: Bobby Ryan of The United States celebrates after he scored the first goal during the ice hockey men's preliminary game between USA and Switzerland on day 5 of the Vancouver 2010 Winter Olympics at Canada Hockey Place on February 16, 2010 in Vancouver, Canada. (Photo by Bruce Bennett/Getty Images)