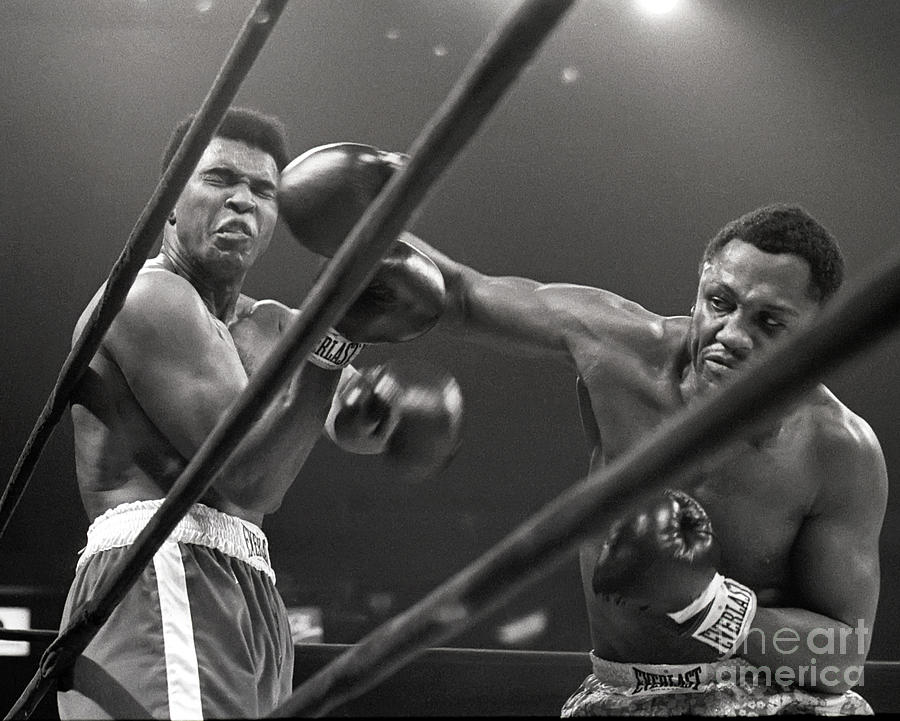 NEW YORK -- MARCH 8: Muhammad Ali takes a hit from Joe Frazier during their heavyweight match in Madison Square Garden, March 8, 1971. Frazier won the 15-round battle by a unanimous decision, the match became known as The Fight of the Century. (Photo by David Hume Kennerly/Bettmann/Corbis via Getty Images)