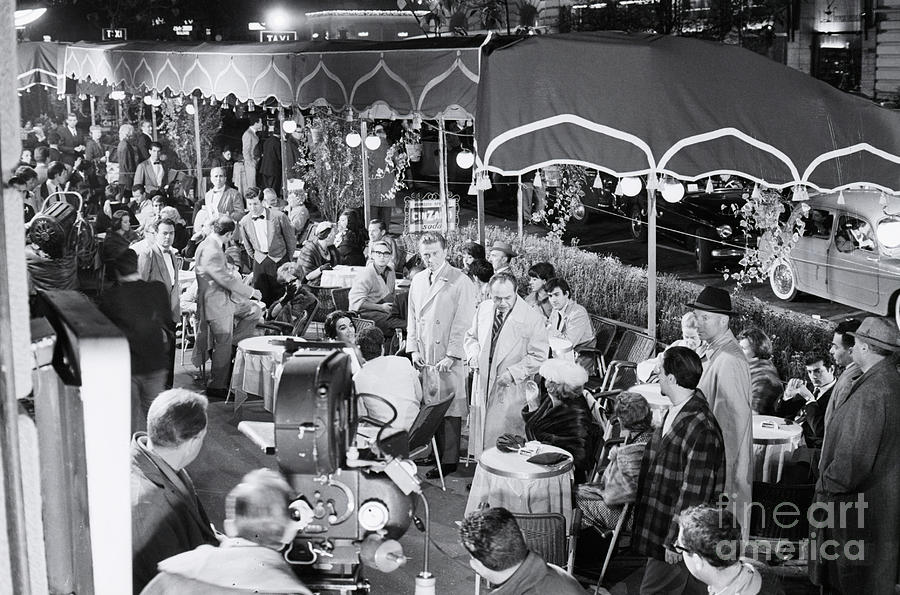 (Original Caption) 11/25/1961-Rome, Italy- A large movie camera is placed in position in a crowded sidewalk cafe along the famous Via Veneto. Hollywood actors Kirk Douglas, (left center), and Edward G. Robinson, (right center), both standing, get ready for another scee in "Two Weeks in Another Town," which is being made on location in Rome.