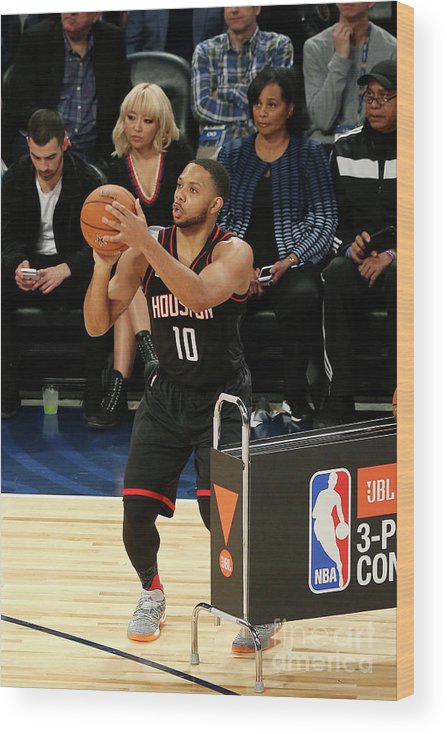 Eric Gordon wood print by Layne Murdoch.   Bring your artwork to life with the texture and added depth of a wood print. Your image gets printed directly onto a sheet of 3/4" thick maple wood. There are D-clips on the back of the print for mounting it to your wall using mounting hooks and nails (included).

NEW ORLEANS, LA - FEBRUARY 18: Eric Gordon #10 of the Houston Rockets shoots the ball during the JBL Three-Point Contest during State Farm All-Star Saturday Night as part of the 2017 NBA All-Star Weekend on February 18, 2017 at the Smoothie King Center in New Orleans, Louisiana. NOTE TO USER: User expressly acknowledges and agrees that, by downloading and/or using this photograph, user is consenting to the terms and conditions of the Getty Images License Agreement. Mandatory Copyright Notice: Copyright 2017 NBAE (Photo by Layne Murdoch/NBAE via Getty Images)Image provided by Getty Images.