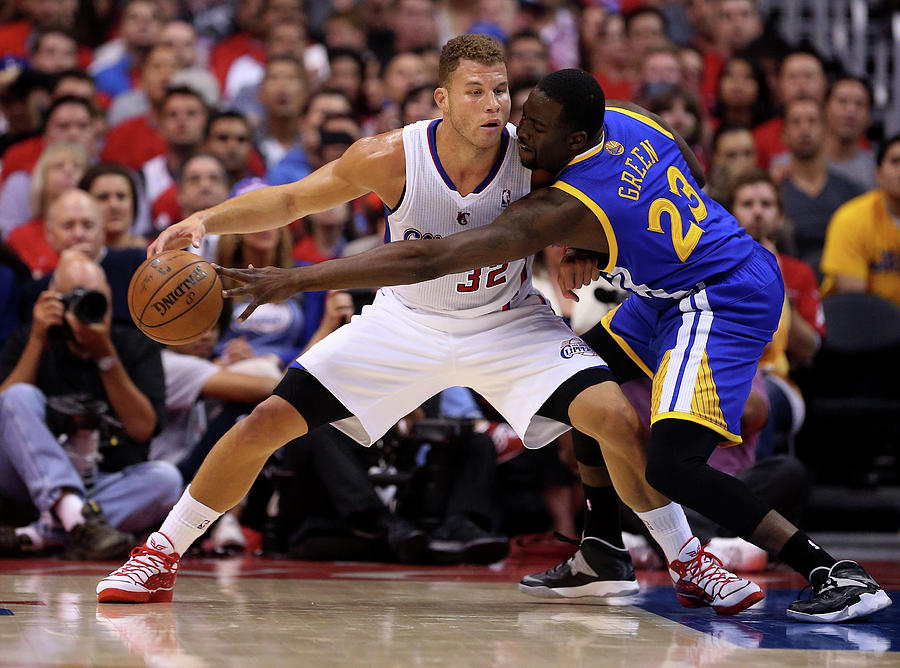 LOS ANGELES, CA - APRIL 21: Blake Griffin #32 of the Los Angeles Clippers controls the ball against Draymond Green #23 of the Golden State Warriors in Game Two of the Western Conference Quarterfinals during the 2014 NBA Playoffs at Staples Center on April 21, 2014 in Los Angeles, California. The Clippers won 138-98. NOTE TO USER: User expressly acknowledges and agrees that, by downloading and or using this photograph, User is consenting to the terms and conditions of the Getty Images License Agreement. (Photo by Stephen Dunn/Getty Images)