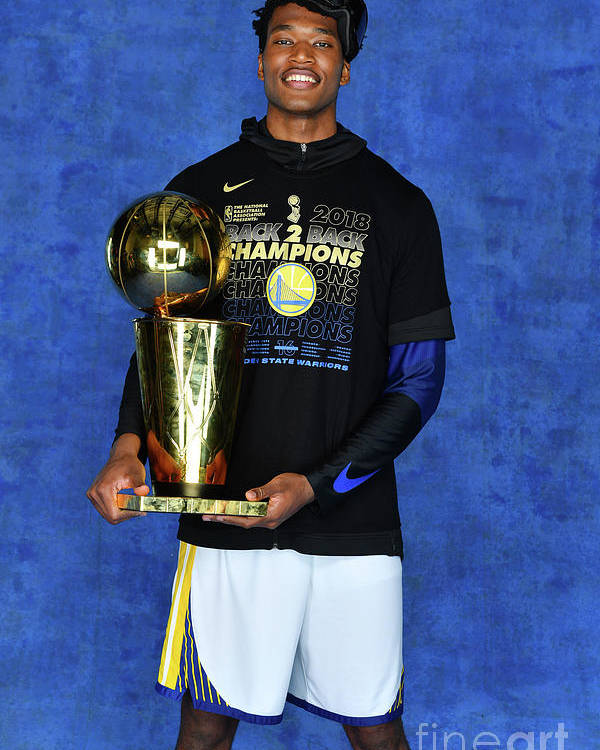 Damian Jones poster by Jesse D. Garrabrant.   Our posters are produced on acid-free papers using archival inks to guarantee that they last a lifetime without fading or loss of color. All posters include a 1" white border around the image to allow for future framing and matting, if desired.

CLEVELAND, OH - JUNE 8: Damian Jones #15 of the Golden State Warriors poses for a portrait with the Larry O'Brien Championship trophy after defeating... more

CLEVELAND, OH - JUNE 8: Damian Jones #15 of the Golden State Warriors poses for a portrait with the Larry O'Brien Championship trophy after defeating the Cleveland Cavaliers in Game Four of the 2018 NBA Finals on June 8, 2018 at Quicken Loans Arena in Cleveland, Ohio. NOTE TO USER: User expressly acknowledges and agrees that, by downloading and/or using this Photograph, user is consenting to the terms and conditions of the Getty Images License Agreement. Mandatory Copyright Notice: Copyright 2018 NBAE (Photo by Jesse D. Garrabrant/NBAE via Getty Images)Image provided by Getty Images.