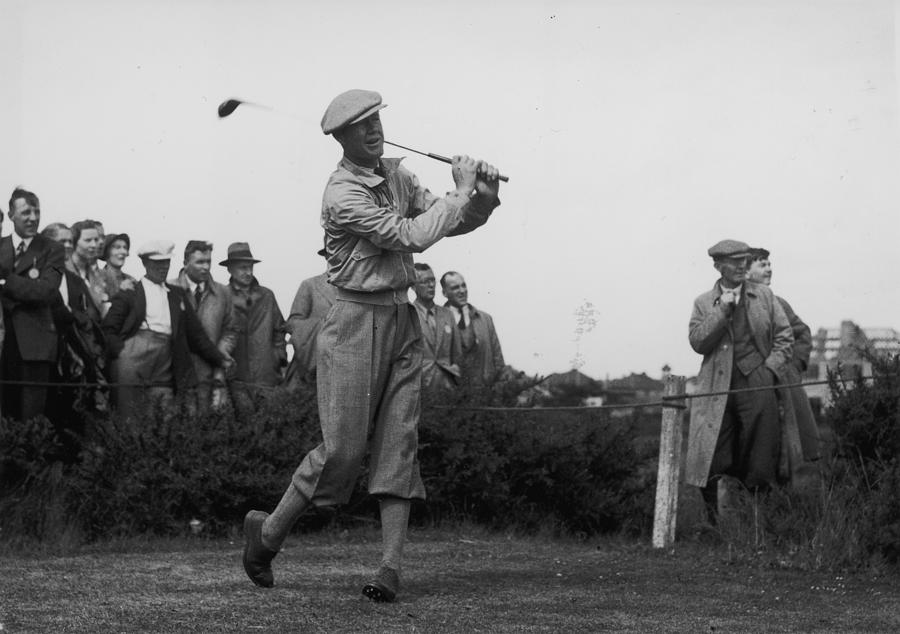 30th June 1937: American golfer, Byron Nelson driving off during his match in the Ryder Cup. The USGA repetitive ball-testing machine is named 'Iron Byron' after him. He won two Masters, two USPGA and one US Open Championship before WW II intervened. (Photo by Fox Photos/Getty Images)