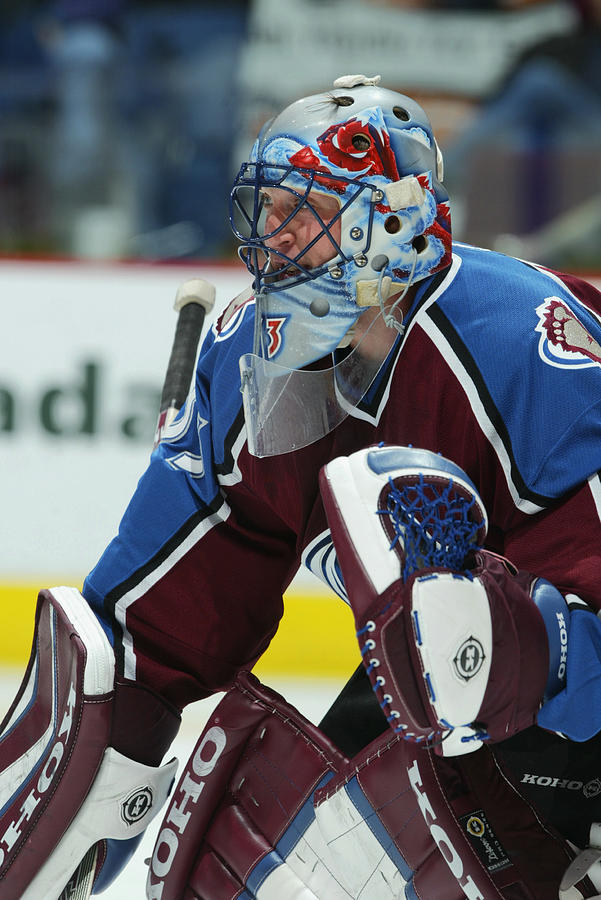 VANCOUVER - OCTOBER 31: Goaltender Patrick Roy #33 of the Colorado Avalanche is set to make a save against the Vancouver Canucks during the NHL game on October 31, 2002 at General Motors Place in Vancouver, British Columbia. The Avalanche defeated the Canucks 5-1. (Photo by Jeff Vinnick/Getty Images/NHLI)