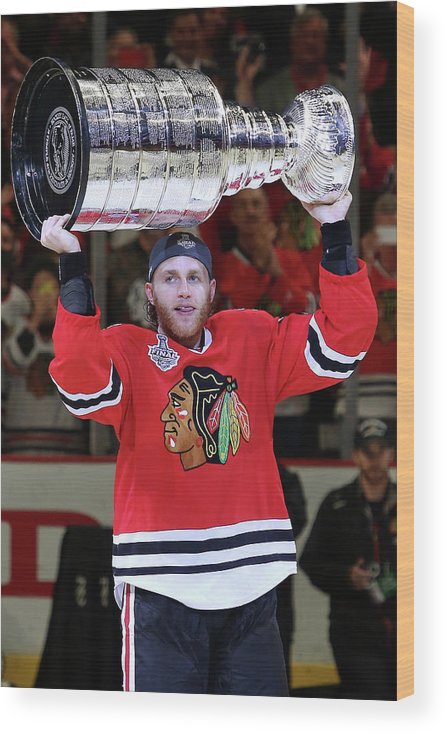 2015 Nhl Stanley Cup Final - Game Six wood print by Tasos Katopodis.   Bring your artwork to life with the texture and added depth of a wood print. Your image gets printed directly onto a sheet of 3/4" thick maple wood. There are D-clips on the back of the print for mounting it to your wall using mounting hooks and nails (included).

CHICAGO, IL - JUNE 15: Patrick Kane #88 of the Chicago Blackhawks celebrates by hoisting the Stanley Cup after defeating the Tampa Bay Lightning by a score of 2-0 in Game Six to win the 2015 NHL Stanley Cup Final at the United Center on June 15, 2015 in Chicago, Illinois. (Photo by Tasos Katopodis/Getty Images)Image provided by Getty Images.