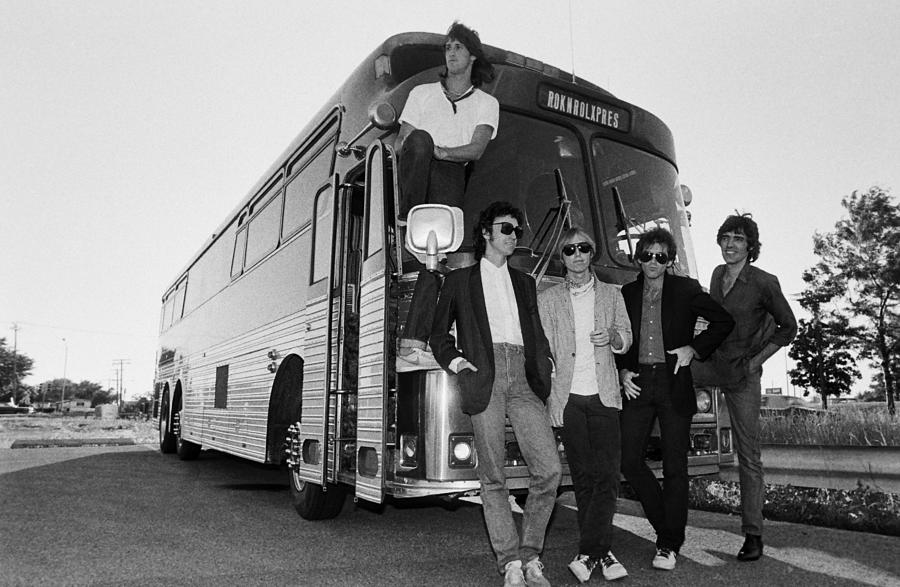 CHICAGO, IL - 1981: Singer Tom Petty and his bandmates pose outside in front of their tour bus prior to a 1981 Chicago, Illinois, concert. Petty and his band, 'The Heartbreakers,' were in the middle of a 28-city tour of the United States. (Photo by George Rose/Getty Images)