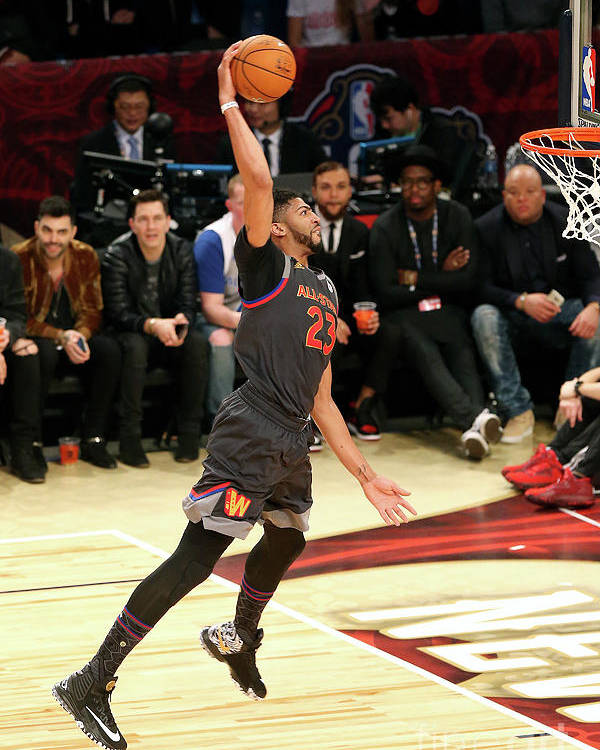 Anthony Davis poster by Layne Murdoch.   Our posters are produced on acid-free papers using archival inks to guarantee that they last a lifetime without fading or loss of color. All posters include a 1" white border around the image to allow for future framing and matting, if desired.

NEW ORLEANS, LA - FEBRUARY 19: Anthony Davis #23 of the Western Conference All-Star Team dunks the ball during the game against the Eastern... more

NEW ORLEANS, LA - FEBRUARY 19: Anthony Davis #23 of the Western Conference All-Star Team dunks the ball during the game against the Eastern Conference All-Star Team during the NBA All-Star Game as part of the 2017 NBA All Star Weekend on February 19, 2017 at the Smoothie King Center in New Orleans, Louisiana. NOTE TO USER: User expressly acknowledges and agrees that, by downloading and or using this Photograph, user is consenting to the terms and conditions of the Getty Images License Agreement. Mandatory Copyright Notice: Copyright 2017 NBAE (Photo by Layne Murdoch/NBAE via Getty Images)Image provided by Getty Images.