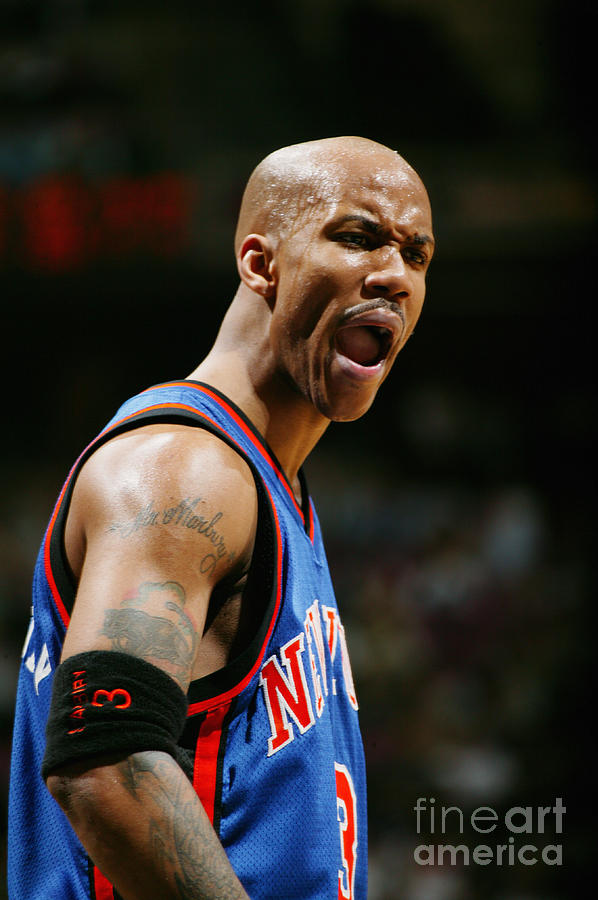 EAST RUTHERFORD, NJ - APRIL 20: Stephon Marbury #3 of the New York Knicks yells in Game two of the Eastern Conference Quarterfinals during the 2004 NBA Playoffs against the New Jersey Nets at Continental Airlines Arena on April 20, 2004 in East Rutherford, New Jersey. The Nets won 99-81. NOTE TO USER: User expressly acknowledges and agrees that, by downloading and/or using this Photograph, User is consenting to the terms and conditions of the Getty Images License Agreement. (Photo by Jesse D. Garrabrant/NBAE via Getty Images)